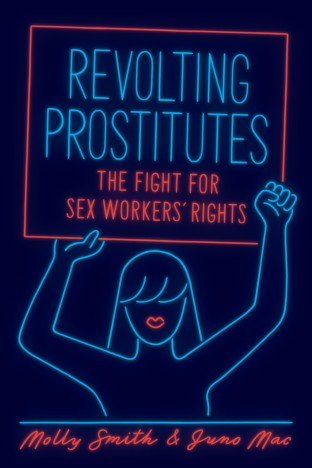 On the 8th of November, CERIC hosted a panel discussion as a book launch event for the highly anticipated book Revolting Prostitutes: The Fight for Sex Workers’ Rights by Juno Mac and Molly Smith. Mac and Smith are sex worker rights activists with SWARM and SCOT-PEP, and their book is a deeply researched yet highly accessible analysis of current sex work debates. Juno Mac is also known for her TED talk ‘The laws that sex workers really want’.

Revolting Prostitutes discusses current debates on sex work, national and international sex worker self-organisation, and how sex worker rights fit within an intersectional critique of inequality in society. Challenging both sides of the sex work debates in the UK (those who see sex work as a vocation and those who believe sex work is inherently violence against women), Mac and Smith argue that sex work is inherently violent not because of the sex involved, but because it is work.

CERIC is one of the leading research institutes in the UK when it comes to expertise on sex work as a topic of labour and work. The organiser and panel chair Lilith Brouwers is a CERIC postgraduate researcher into employment relations in sex work in England. Joining Juno Mac and Molly Smith on the panel was Nadine Gloss, CERIC postgraduate researcher into sex worker self-organisation and representation in Germany.

After an introduction of all panel members, Mac and Smith explained about the importance of seeing sex work as an issue of labour, and the influence this has had on their book. With an analysis of sex work as a form of labour, academics and activists can use a rights framework for their work, strengthening the demands sex worker organisations make of institutions like governments, police, NGOs and employers.

Nadine Gloss discussed the main obstacles she found in researching sex worker organisation: gaining access to and trust from sex workers and sex worker-led organisations. With any labour ethnographic research comes the challenge of finding participants willing to be observed within their organisation, but understandably sex workers are more wary than most of researchers misrepresenting their work.

Another point of discussion was the differences panel members had noticed between sex worker organising in the UK and in Germany. While sex worker led organisations in Germany aim to present sex work as a free choice – in response to discourses which present sex workers as victims – UK sex worker rights organisations identify closer to working class movements which do not present work as inherently positive. This identification specifically as workers also builds solidarity between other social movements such as the migrant rights, prison abolitionist, and LGBT+ rights movements.

After questions from attendants of the event, Mac and Smith were kind enough to sign copies of their book during the wine reception following the panel.